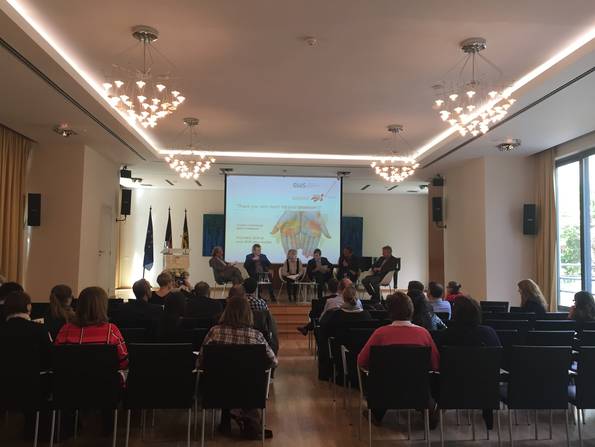 14 of the 28 member states of the European Union produce energy by nuclear power (Belgium, Bulgaria, Czech Republic, Finland, France, Germany, Hungary, the Netherlands, Romania, Sweden, Spain, Slovenia, Slovakia and United Kingdom). That way, they produce almost 30% of the total electricity generated in the EU. In Europe, Switzerland and Ukraine also have nuclear power plants. The nuclear power plants of Russia in Europe are not considered.

Numerous arguments support the end of nuclear power generation. Besides the risk inherent to disposal and possible accidents, economic arguments come into play as well: high investment costs and competitive, cheaper alternatives lead to low to negative return on investment and loss of profits, which was shown by numerous studies before.

So far there is a lack of surveys that take into account integrated environmental, social and economic perspectives when analysing a European-wide, nuclear power phaseout. This study specifically focuses on the economic consequences and implications of a step-by-step nuclear phaseout from a broad perspective. By means of the world-model GINFORS, we model a setting in which the EU takes the lead on climate and environmental protection and enables a progressive, European-wide nuclear phaseout determined by a runtime limitation of 45 years for nuclear power plants and an end to the construction of new plants. We determine which consequences Europe would be faced with from an integrated economic point of view.

SERI and GWS were part of a European consortium working on large-scale EU project POLFREE (http://polfree.seri.at/) in which a comprehensive scenario of European leadership in environemtal policy (including however continued use of nuclear power) was modelled. This scenario forms the base for this study and is extended by a step-by-step nuclear phaseout until 2050. The phaseout scenario is contrasted with a business-as-usual scenario that continues to use nuclear power. The results show the economic consequences (economic growth, import dependency, employment, prices), but also environmental implications (CO2, energy consumption) for the EU and its member states.

The Alliance can be joined by all regions, which share the objectives outlined in the Joint Declaration. It has now grown to 16 regions from three EU member states, supported by Luxembourg and the “Cities for a nuclear free Europe” (CNFE) Network.